When will the EU put Black Europeans on the political agenda?

There are an estimated 15 million Black people living in the European Union. Out of a total population of 508 million people, this makes Black Europeans one of the continent’s largest minority groups. However, until today, policy-makers in the EU have failed to curb the multiple discriminations they face.

As someone who is intimately familiar with racism, Swedish MP Momodou Malcolm Jallow didn’t hesitate to respond to the senior European Union official who casually informed a room full of Black lawmakers, activists and citizens that the EU was founded upon equality.

Jallow, a Swedish lawmaker and defendant in a 2014 case that resulted in the first guilty verdict for a racist hate crime in Sweden, educated her on the Black European experience during the inaugural People of African Descent (PAD) Week, which was held at the European Parliament between 13 and 17 May.

To be Black in Europe means being singled out for additional security checks, even when travelling with fellow members of parliament on government business. To be Black in Europe means failing to get a job as a cleaner when you have multiple university degrees and over 20 years of work experience. And sometimes, being Black in Europe means dying in police custody as a result of extraordinary violence; there are scores of examples from across the continent but Jallow recounted the case of Oury Jalloh, a Sierra Leonean asylum seeker who burned to death while shackled in a German police cell in 2005.

Leaning into the microphone, Jallow invited the official to wake up and smell the coffee. “If equality is the basis of the European Union, we have not noticed it,” he said. “It’s about time we get our part of that equality.”

Jallow is part of a growing, unofficial alliance of civil society organisations, anti-racism campaigners, policymakers and human rights experts who are trying to stir the European Commission – the only EU body that has the right to propose legislation – into action. They want the bloc’s executive arm to make good on its 1957 founding of promise of equality by adopting a law that would require each and every member state to get serious about Afrophobia, or hostility and discrimination towards people of African descent.

“It is high time that the situation of people of African descent received proper recognition,” (...) “with a recognition of past injustices, and steps toward reparations and restitution.”

There are an estimated 15 million Black people living in the European Union. Out of a total population of 508 million people, this makes Black Europeans one of the continent’s largest minority groups. But as is the case for other visible minorities such as Roma and Muslims citizens (of which Black people also make up a significant proportion), they experience the highest levels of socio-economic exclusion, negative stereotyping and acts of violence.

“We’re not looking for preferential treatment,” said Vaiya Alfiaz, coordinator of the European Parliament’s Anti-Racism and Diversity Intergroup during a PAD panel event. “We’re just looking for the same treatment as everyone else.”

Cécile Kyenge, one of the driving forces behind PAD week and an Italian MEP of Congolese origin, warned that the recent rise of populist movements across the continent has also fuelled Afrophobic violence. “In some places, we’re even seeing murder attempts via punitive expeditions of a fascist nature that turn Black people into objects that are to be fought,” she said during the conference.

In 2000, EU member states adopted the 2000 Race Equality Directive, which prohibits discrimination and harassment on racial or ethnic grounds. But the legislation Jallow, Alfiaz and many others are pushing for would require member states to design national action plans aimed at combating Afrophobia, and adopt targeted, commensurate measures across areas such as employment, education, criminal justice, healthcare and housing.

Roughly every 10 years, the EU Fundamental Rights Agency conducts a broad survey across all 28 EU member states, polling 25,500 respondents with minority and immigrant backgrounds on their experiences of discrimination. The most recent survey revealed that citizens of North African origin report the highest levels of discrimination based on their background (45 per cent) closely followed by Roma people (41 per cent) and Black people (39 per cent). The same survey also revealed that of the latter group, 50 per cent are at risk of living in significant poverty.

The anecdotal experiences of discrimination described by Jallow during his intervention are borne out by various other studies. Research has shown that Black people are six times more likely to be stopped by the police than White people in the UK; in France, they are eight times more likely to be stopped. A Belgian study has revealed that people with sub-Saharan African roots are, on average, more educated than other minority groups, but are more often employed in jobs below their qualification level.

It’s these kinds of everyday injustices that activists and policymakers want member states to recognise and tackle with the new Afrophobia law.

The Commission recently introduced a raft of dedicated policies, strategies and actions to tackle discrimination on the basis of religion, ethnicity, sexual orientation and gender – but not race.

Over the last four years, the Commission’s Directorate-General (DG) for Justice has put in place policies aimed at combating anti-Semitic and anti-Muslim hate speech online. It has also appointed special coordinators for combating anti-Semitism and anti-Muslim hatred. A law dedicated to the integration of Roma communities in Europe (which inspired the current calls for Afrophobia legislation) has been in place since 2011.

However, DG Justice, which is overseen by Commissioner Vera Jourová, hasn’t implemented any measures specific to people of African descent. “The problem with the Commission is we don’t even seem to have a conversation on this issue,” says Alfiaz, pointing out that the Jourová has discussed the issue of Afrophobia just once in four years. “The Commission has failed on this issue.”

Asked about the lack of specific measures to tackle Afrophobia, a spokesperson for the Commission emphasised the bloc’s resolve to combat racism. “The European Commission stands strong against any forms and manifestations of racism and xenophobia. They have no place in Europe,” he told Equal Times, before pointing to various laws designed to combat racial discrimination, workplace discrimination and to ensure victim support. 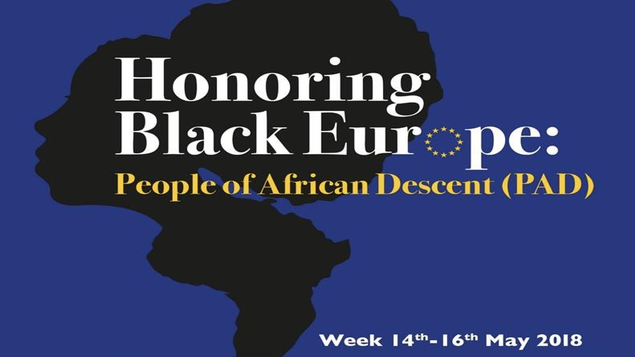 For some, the Commission’s silence on Afrophobia ties in with some broader, sticky cultural questions. Europe has a race problem, says Dr Emilia Roig, founder and executive director of the Berlin-based Centre for Intersectional Justice. “In Europe, there is a profound discomfort with race as a category. The argument ‘we’re all human’ is very common,” she says, pointing out that racism is seen as an individual rather than a systemic issue. This discomfort, she notes, in turn produces a sort of policy blindness. “If you look a continental Europe, race is not recognised fully as grounds for discrimination,” she says.

It remains to be seen whether the Afrophobia legislation, if adopted, would bring about significant change for Black people in Europe. The 2011 Roma law that the Afrophobia legislation would be modelled after aimed to close the stark discrepancies between Roma and other Europeans across various sectors. But it has produced muddied results, with advances in education but little progress in social and economic inclusion. This, critics say, is mainly due to its botched implementation in the eastern European countries where Roma populations are the largest.

Some also suggest that strategic litigation at a domestic level rather than new legislation should be the focus. “A lot of countries aren’t correctly applying the Race Equality Directive,” says Larry Olomoofe, an independent hate crimes expert based in Poland.

He notes that in eastern European states like Hungary or Poland, many legitimate cases don’t even make it to court because lawyers discourage victims from seeking redress. “They’ll say: ‘This is not something you can do.’ Or they’ll say: ‘The courts are not going to rule in your favour,’” he told Equal Times. “So, you have to find a lawyer who has a long history in taking cases like this. They are few and far between and they tend to focus on women’s rights and Roma rights. You really don’t see anything for people of African descent.”

Even those most committed to a dedicated law protecting Black people in Europe admit it is unlikely to materialise any time soon. While exerting pressure on the Commission through events like the PAD Week, they’re also trying to get the European Parliament to adopt the first-ever resolution on Afrophobia.

Resolutions are not binding – not for member states, nor for the Commission. But it would mark the first move in a long game, they say, one that will lay the buildings blocks for the next Commission to get real on the issue after the 2019 elections.

And more than anything, such a resolution will hopefully start a long overdue debate, says Taylor. “A lot of people in politics but also on the ground don’t know how they’re imposing racism toward people of African descent,” she says. “We need to start talking about structural racism and the result of the colonial past of Europe, and we don’t right now.”

She gives the example of Belgium, a country in which the residue of its colonial past can be seen everywhere, from the omnipresent statues of King Leopold II, to the structures and companies financed by Congo’s plundered resources. “There is no highlighting of where this wealth came from or why the Black population is so high in Belgium,” she says. “So, we need to actually talk about it and make Black people, and the problems they face, visible.”

In the absence of such national conversations, some people are working to create spaces where the Black experience in Europe can be dissected and discussed far from the corridors of power. Emmanuelle Nsunda is a project leader at a cultural centre in Liège, Belgium, and has organised several roundtables and workshops on race and gender as part of a one-year project on Afrofeminism. For her, it has been a revelatory experience.

“Simply the fact of being together and sharing experiences at different stages of your life, it’s something that gives you power,” she says, referring to the fact that women of all ages showed up for the events. “They’re not told that their experiences of racism aren’t really racism; they are believed and listened to.”