Through a celebration of diverse female voices, this journalistic project goes beyond reporting and will bring concrete demands from women all across Europe to the European Parliament. This is Sisters of Europe, 17 stories that have one common goal: make Europe a better place for women.

Prune Antoine and Elina Makri, the creators of Sisters of Europe

While Brussels is rolling up its sleeves for the May elections, Members of European Parliament (MEPs) place bets on the next Brexit clamor in the House of Commons and Salvini pushes for his ultimate dream of unifying the far-right into a pan-European party, women across the continent are coming together to demand change.

A century after the rise of the suffragettes, riding on the aftershocks of the #MeToo movement, Prune and Elina decided to launch this platform to improve women’s conditions. And they seemed to have chosen the right moment. “Europe is going through turbulent times. And as always in a time of crisis, women’s rights are [being pushed] back. Just look at abortion rights all over Europe…” Prune writes, before adding: “It’s time for concrete proposals and action.” 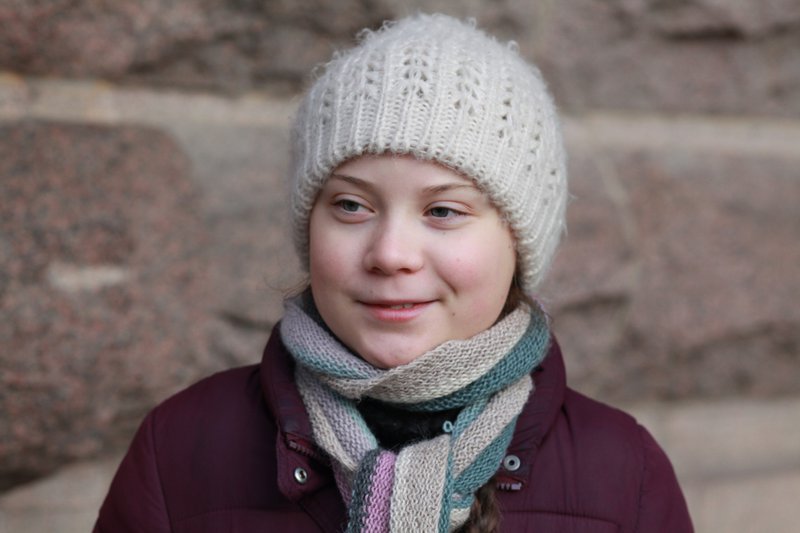 Greta Thunberg, the climate activist, is one of the Sisters of Europe


The heart of Sisters of Europe is a collection of 17 interviews with 17 different women in 17 countries all around Europe. Over the span of a few months, a team of photographers and journalists led by Prune and Elina met with women from all walks of life to report on their achievements, their downfalls and their desire for change. Whether notorious or unnoticed, each story is a glimpse into the life of a woman in today’s Europe.

After being published online, topics raised in each of the interviews serve as the basis of four debates taking place in Berlin, Paris, Warsaw and Athens. This is where the journalistic roots of the project begin to grow into political action. With these free “agoras,” Prune and Elina invite female speakers to discuss matters that are pertinent to a specific location. While the gender pay gap is a focus point in Germany, the myth of French gallantry after the rise of the #MeToo movement is a hot topic in France.

Today, European women earn 16% less than men on average. Less than 1% of the EU’s structural and investment funds have been allocated to promote gender equality. Women are underrepresented in positions of power, meaning they are less likely to shape European politics, economics and society.

With Sisters of Europe, constructive and action-oriented journalism doesn’t stop at debate. Drawing inspiration from the interviews and agoras, as well as recommendations directly submitted to their website, Prune and Elina will compile a list of demands that will be handed in to the European Parliament. “We wanted to have Sisters of Europe as a three-step project […] to grasp the local realities and better understand the diversity of concerns women have, whether they are in Berlin Athens, Paris or Warsaw,” Prune explains. New MEPs will take their seats after May 2019, a chance for the two journalists to add a few points to their political agendas. 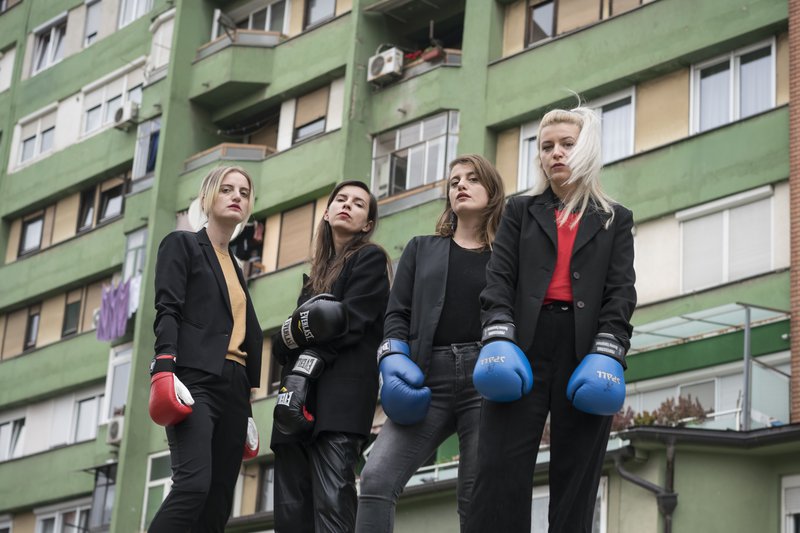 Haveit, a performance collective from Kosovo, are also portrayed on the Sisters' website


Gender equality is part and parcel with the European Union’s founding values. But given the complex nature of having a so-called “united union,” one which implements the EU’s founding values equally in each country, some rights have been glazed over and left to the wayside. Today, European women earn 16% less than men on average. Less than 1% of the EU’s structural and investment funds have been allocated to promote gender equality. Women are underrepresented in positions of power, meaning they are less likely to shape European politics, economics and society. Only one in three physical or sexual abuse victims contact the authorities…

There is still room for improvement, to say the least. In creating an engaged platform that includes stories and voices from a large scale of women across the Old Continent, Sisters of Europe celebrates the diversity of feminist demands in Europe.

Opening up the debate to include different priorities is a way forward in making EU initiatives more intersectional. At the end of the day, women gained the right to vote by fighting for a common interest. Who’s to say that Sisters of Europe isn’t on its way to do the same? After all, it takes more than just policy and politics to shake up the status quo. It takes action, from the bottom up.

This article was originally published in Are We Europe #4: This Is Not An Elections Issue.

About the author: Lara Bullens is a multimedia journalist based in Paris, France. She is a full-time journalist for Brut, an online video media outlet focusing on social justice issues. Her geographical focus is mainly turned towards the UK, Switzerland and the Netherlands, while her topics of interest include subcultures, gender, society and inequality. She has previously worked for NewsMavens, Intern Magazine, Streetpress, Cafébabel, Are We Europe and the BBC.