From Oikomedia to Sisters of Europe

Elina Makri, one of the minds behind Sisters of Europe - an empowerment project to inspire and better connect women across Europe, through 17 personal stories, a series of events and a list of concrete proposals - tells us about data and cross-border journalism, and the importance of chasing after your dreams. 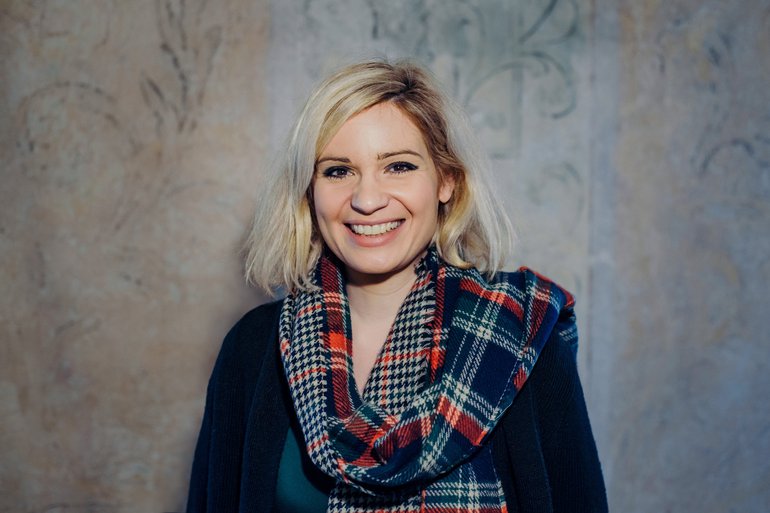 Elina, tell us about your project Oikomedia and how did it start?

It started out of my own need to become involved in technology, and also to bring out something more innovative in the field of journalism, from Greece. It’s actually a collaboration platform for journalists to find partners, either because they want to cover something in another country, or because they need some insight into a journalistic topic. The initial idea was the collaboration between people from Greece and Italy, as I started with an Italian colleague who was working with big agencies and on dangerous issues like the mafia. At the same time, returning to Greece in 2006, I did not want to deal only with Greek issues and I started a collaboration with a European magazine, Cafe Babel.

Well, how did this evolve?

Through this, I have managed to build a large European network via which foreign correspondents were finding me, especially at the beginning of the crisis. Several articles have been written that have my own thoughts and contacts behind them. This is the fixer’s job, and I did it pretty much when I was in my early 20s, because first you earn money and second, you have the opportunity to broaden your network. Personally, I saw it as a service that gave me the opportunity – when very bad things were written about Greece and I was getting in touch with correspondents and heads of foreign media – to guide people, by saying “check this too, it is not just the Syntagma Square and the molotovs” that they were showing a lot back then. And so the first articles on Greek entrepreneurship were written. Since trust plays a significant role in this type of collaboration, as well as the belief that the person I trust will direct me to an equally good professional, at some point I decided to create a platform with my contacts, where anybody could upload online their portfolios and anyone interested could see it.

When foreign colleagues build institutions and can set up something and move forward, we think we have no money to live, which is not negligible. That is why you can see abroad that an average mind will make headway. Because there is the institution that will help them and the payment of their taxes and their insurance will not flatten them. We (Greeks) are creative and dutiful, but in Germany, for example, they set better professional boundaries and you can negotiate your pay more easily. Furthermore, when I approached the German Journalists Association, they told me, “you have some German competitors, but we will help you as much as we can.” So they put me in touch with the latter and some collaborations emerged. In Greece, the Journalist Associations are trade unions. Nevertheless, no matter which country you live in, it is good to have a lot of power inside you to defy any difficulties, especially if what you want to do has a business dimension.

"When very bad things were written about Greece and I was getting in touch with correspondents and heads of foreign media – to guide people, by saying “check this too, it is not just the Syntagma Square and the molotovs” that they were showing a lot back then. And so the first articles on Greek entrepreneurship were written." 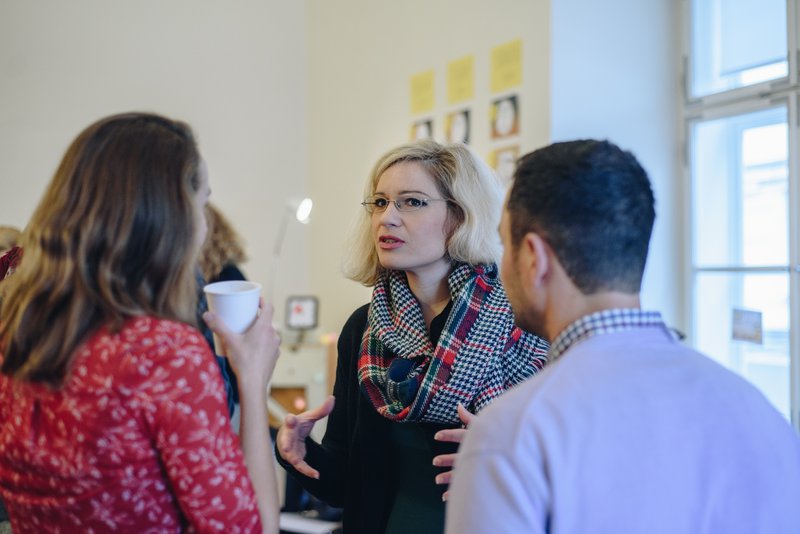 Do you think this is the solution for European journalism?

I have always believed that the solution to European journalism is cross-border journalism. I do not think we need another big newspaper. Because take into account that a correspondent responds to the medium with which they work, not to the people of the country where they are based. Furthermore, I have always believed that the solution to European journalism has an approach that puts emphasis on the network. This is the reason why, together with Prune Antoine we are currently undertaking a cross-border project, Sisters of Europe, a European reportage that deals with women’s position in society. We want to make portraits of women from different countries of Europe, because the position of a woman in a society has consequences for society itself, something that is also proven historically. Unfortunately, however, it is not easy to fund such projects, because as you can see, agencies also have other services that support their journalistic activity. For example, Reuters is the world’s largest financial data provider, and Bloomberg is a software company and makes money from terminals (software systems).

How do science and technology affect journalism?

Personally, I really believe in statistics and forecasting. In the USA I see, for example, that people getting their spot on a split-screen and talking about what is happening from their point of view, has become out of date. I believe that there is data that, with the appropriate scientific and technological processing, can contribute to forecasting. By running different regression methods and uploading a great quantity of data, you can see what they can reveal to you about the future, or in cases where you have conflicting sources on a subject, you can see both sides, find sources and dialectics, and read a suitable local newspaper.

"We want to make portraits of women from different countries of Europe, because the position of a woman in a society has consequences for society itself, something that is also proven historically."

In a difficult system, such as the one in Greece, how did you act in order to accomplish what you have undertaken out of personal initiative?

First of all, you make choices. For example, I prefer freedom to following instructions and orders. But I envy the person who does not have this need for freedom. Moreover, something I was told is “Start to knit and God will give you yarn.” And in my life, this has always happened. Quite often, something doesn’t work by just following an algorithm, but by following my heart – whatever this means for someone – a project succeeded and came out. On the other hand, you need to have discipline and be economical with money. Somehow, this is how I believe things happen. Of course, it is not a straight path, and sometimes, even if there are no external pressure factors, you may not find the power to move forward. Sometimes it’s hard to keep faith in yourself and what you do. And journalists usually show the success, the happiness and how easy something is, while dark sides, even of people we admire, may be more useful.

Is there a price for freedom?

There is. On multiple levels. But whenever I tried to compromise, I felt that my energy was being squeezed and at the end there was always something happening and so I would leave. I believe that however rationally you do some things, there will always be a totally absurd part (of yourself) that will move you.

This article was originally published on http://fillinthegap.net