An interview with Radomir Lazović, an activist and analyst with a background in graphic design who is passionate about the urban transformations of cities. He has been an active member of the independent cultural and activist scene of Serbia as a cofounder of the Institute for Urban Policies in 2010, promoting civic participation and the right to the city. 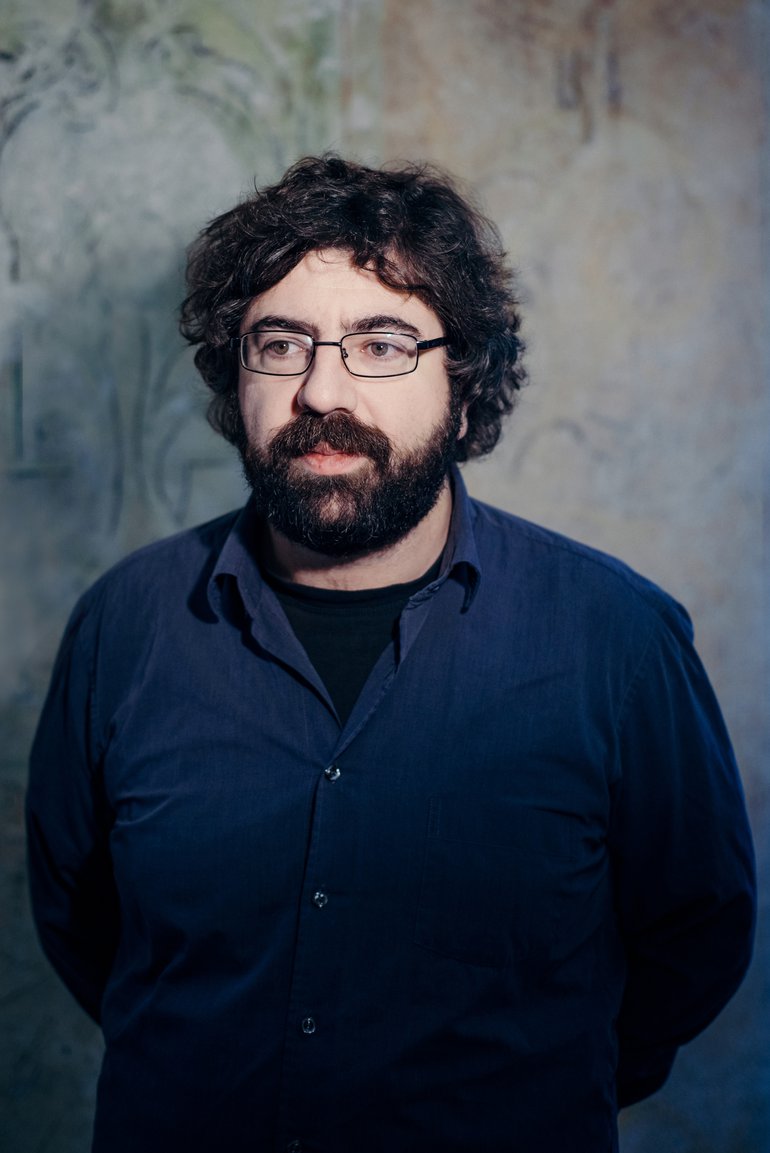 Can you describe what you were doing before the WeBudget project?

Before this project I was involved in the artistic, urbanist activist scene in Belgrade, working on ideas, initiatives and projects on how to reinvent some spaces like closed factories or abandoned streets – in the so-called “urban deserts”– the parts of town that have been left behind. We transformed them into community or cultural centres or street galleries. By trying to make these spaces available to citizens and using them, I’ve learned a lot about how the city works, how it’s planned and developed. Later on, all of this led to political activism in the group Let’s Not Drown Belgrade, which proposed a programme for a sustainable city and protested against a megalomaniac development project on the Belgrade waterfront.

How did you come up with the idea of WeBudget?

Well, basically the idea is that if you can acquire tools to have more involvement in city planning, you can empower citizens to be part of what happens with their city. The WeBudget project is connected to the idea that citizens should know how their money is being spent and have an influence on how the city is being developed through the budget. In the end, it doesn’t matter if a project is about the budgets or if it’s about the decision-making, the fact is that citizens are left out of the making of the urban concepts. The political and economic elite are working together on making the city a place for their profits – especially in Eastern parts of Europe. So for us, to advocate for participatory budgeting is already a very concrete way of helping civil society influence the development of the city.

" In the end, it doesn’t matter if a project is about the budgets or if it’s about the decision-making, the fact is that citizens are left out of the making of the urban concepts."

Can you describe the project and how far you have come in its implementation?

The WeBudget project consists of monitoring or analysing the budgets of three cities: Messina, Budapest and Belgrade. In the team we also have an expert in finances from Zagreb and an expert in IT from Sevilla, which gives us a really mixed crowd of people. We are dealing with different political contexts and different legislations, which puts us in a good problem-solving puzzle to find a way to compare the budgets and to compare the finances and the decision-making processes in those three completely different contexts. The project is divided into two parts. One is the development of the platform and the application so we can visualise budgets in towns and the other one is a school of budgeting or finances. The aim of the schools is to create the motivation and the skills to use this tool to participate in the monitoring of the budget. As for who will take part in the school, as I am speaking from Belgrade – because the concept is different in every city – we invited different actors from different fields of political life such as culture, traffic, social rights or education. Basically, people who are involved in these fields either through civil society organisations or as professionals. And then, with them, dive deeply into the budgets together. For example, we will do a thorough investigation of the budgets of culture to see where this money is going and to make a small evaluation. If the money goes to the festivals, we will have a professional and a person from this scene. We will see where it actually ends up, where the problems, if there are any, of financing culture like this are.

What is the tool? What can you do with it?

The tool gives you a visualisation of the budgets so you can compare them. You see how much actually goes to every field. So basically it’s a nice way of transferring the data from the boring tables and the millions of cells to something that is easier to understand. And also a way to compare the financial spending from different cities. It’s important to know that this is just a pilot, that if we manage to develop it, it will not be only for three towns, it will be open source and available to whomever wants to use it. Everyone will be able to take the tools and fill it with data for their own city. We are already talking with several cities in Serbia. So if it works as we hope, they should be able to use it for their own needs. 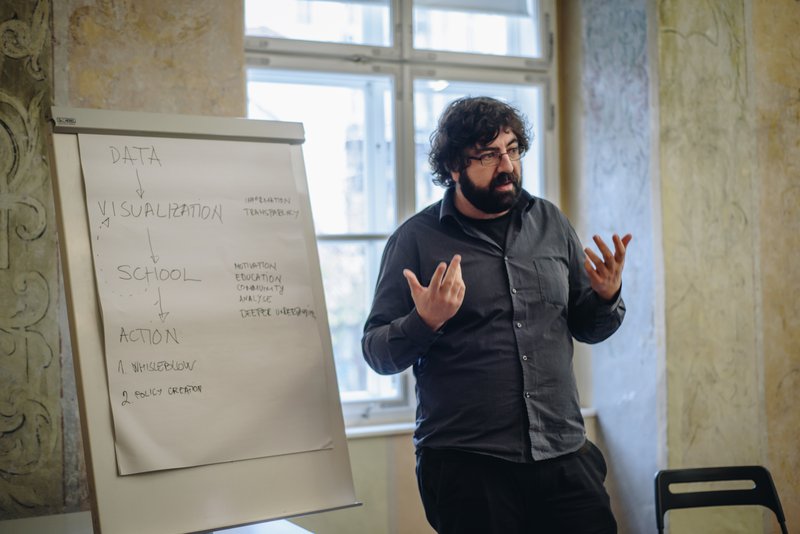 Why is it so important to be able to compare budgets of different cities?

European civil society is facing similar problems at the local level. Our platform is made to work in our local contexts but is also conceived to be implemented in every context. So it can be adapted not only to a country’s budget format but also to build budgets about any political topic, urban issues, or whatever a CSO is working on. I think that this is the international relevance of this project rather than just to compare the budgets of different cities. We want to learn about different approaches in different contexts of Europe in terms of budget monitoring – what is relevant where and why.

Can you tell us what is relevant for Belgrade for example?

In Belgrade we already had several unconnected attempts to monitor the budgets in several fields. For instance, in the sphere of culture, civil society has been doing a really good job monitoring the spending of the city of Belgrade and the republic. But it’s very complicated to do it thoroughly because the amount of data is huge and you need a lot of human resources to do this. But I feel that if we get together with several other fields, we can create some synergies and that we can put together a community that will be concerned about the city budget. There have been some very big corruption scandals in Belgrade, for instance the acquiring of the Christmas holiday lighting. It’s just one of the bizarre scandals. But there are more. Belgrade is not a wealthy city and most of the money is going into the corruption deals. And it’s also about the aesthetics. (Laughs) The deals are bad, and then you end up with purple lighting on every other monument because the guys in the government had a deal for purple lighting. So it’s not only that they are spending too much and wasting all this money, but in the end the result is terrible. I mean, if you are making a fraud, please let it look good!

"We want to learn about different approaches in different contexts of Europe in terms of budget monitoring – what is relevant where and why."

What are the biggest challenges you have encountered so far putting your idea into practice?

The first challenge lies in the comparison: Will we manage to make a comparison of the budgets of these three cities? Because the legislations are all different, the categories of spending are all different. Mostly because Serbia has been using the compatibility mode with the European Union only since 2017. So the first challenge is a technical one: will we be able to make all the cities involved comparable. And the second challenge, the bigger one, is will people be interested enough to get involved? We are just providing the tool, but it’s up to people to use it. We can only provide the possibility, some motivation and some knowledge on how to use the tool. We really hope we can manage to create a community that will do this. And finally – and this is the issue with all our projects – will we be able to fundraise for the continuation and the promotion of the project – and maybe even conduct a study of the monitoring? 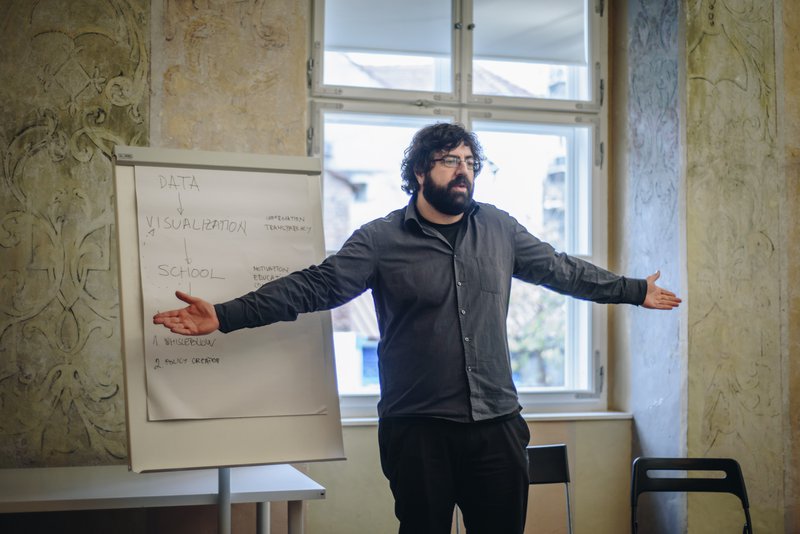 Aren’t there any issues in acquiring the data? Do the governments just comply?

Budget data is available because it’s mandatory for all levels of government to publish it. Yet, this can be difficult. Sometimes governments play tricks on you. You can get the data but it’s in a jpg format. To gather data and to crosscheck various sources you almost always need ad hoc research. But this is luckily feasible most of the time. Our platform allows you to fill in data manually or automatically if formats match – so at least some of it can go very quickly and easily!

What was the biggest learning for you so far?

Well, I learned that it’s not easy to deal with budgeting. And I also learned that we as citizens have some knowledge of how the budget is spent, but very little on how the budget is filled. And that is a huge space for manipulation. And that is something we will focus on at the school, because people are not aware where the money comes from. I know that they sometimes don’t know how it’s spent, but this is something that is pretty easy to understand. But people generally have no clue where the money comes from. And it’s a huge space for manipulation. For instance we have this big Belgrade Waterfront project and the authorities tell us it will bring a lot of money to Belgrade. How? Which tax? How much tax is actually staying? How much public money are we actually investing or subsidising? It is a field that’s easy to use to manipulate the public. Politicians just need to say, “It will make Belgrade rich,” and no one will question how.