An interview with Irina Paraschivoiu, one of the creators of EscapeFake, an interactive augmented reality escape room where young people from the age of 14 can learn about fake news. 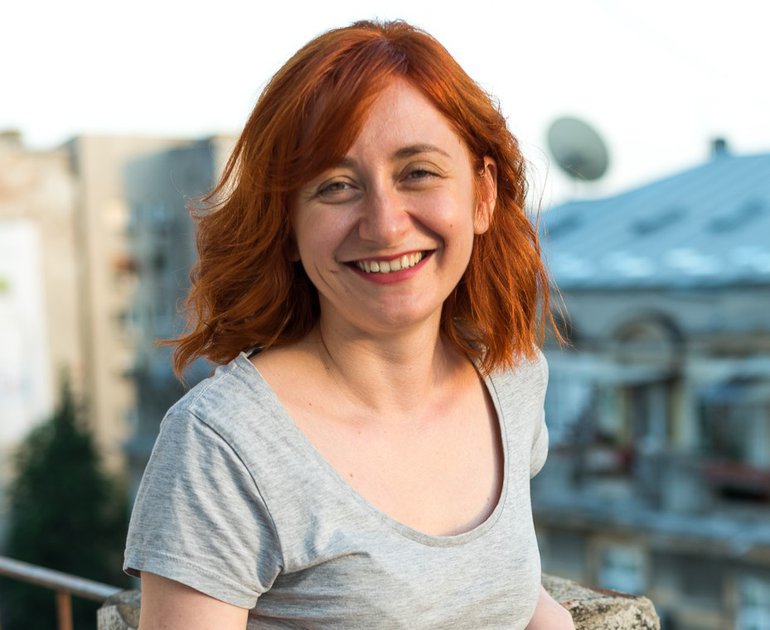 Who is Irina Paraschivoiu?

I was involved in non-profits for many years, starting when I was 18. I feel most at ease working with different organisations and bringing people together that would have otherwise probably never met or worked together; to bridge gaps between businesses, non-profits, academia, and research institutions. Urban Inc grew out of what I and my colleagues wanted to do around activism in Romanian cities and what we thought was needed for transitional cities in Central and Eastern Europe.

What was your motivation behind the EscapeFake project? How did you come up with it? What were your aims?

This idea came about in 2016 when I first met Robert Praxmarer, from Polycular an interactive design and technology studio based in Salzburg. We were working together as I was curating some of the programmes for Bucharest European Capital of Culture. For me it was an opportunity to tackle many issues in Bucharest that are not on the public agenda. It includes many things, from sustainability to city governance, politics... Robert was invited as a curator specialised in digital technology and innovation. We worked together developing programmes using technology to support local civic engagement. The whole programme was called “Polytopia” – it was a utopia of civic participation or what it would be like if you got people engaged in how the city works. One of the aspects was about education and what you can do if you work with augmented and virtual reality. And then the idea evolved. Last year we started working more on this escape room format and polycular started becoming more focused on the ed-tech (education technology) area. So for them as a conmpany , it was very interesting to see how the technology they are building can actually work on a very broad scale with young people and engage them in a way that hasn’t been done – I think – with augmented reality technology so far.

There is a realisation for us that we could really change so many people’s opinions and mind-sets about so many topics if we use this kind of technology.

Why did you choose to focus on Fake News?

We decided to initiate a project about fake news because of everyone being desperate in their own countries, as many rounds of elections were happening at the same time with very disappointing results. Unfortunately, Bucharest was not selected as European Capital of Culture in 2016 and this had a lot to do with the elections, the change in local government and with the campaign that was associated with it. For me, it was becoming very clear that this trend of spreading fake news in different countries was also reaching Romania and Austria. On the other hand, we noticed it was a very emotional debate to try and think about what it means to live in a post-truth world and what role technology plays in that. Because it relates to the work that polycular does in a very intrinsic manner. When you work with technology and try to use it in a way that produces added value in the world, you really get to see the downside of it. And I think nobody expected the downside to look the way it did over the last three years. There is just not enough critical thinking around technology.

We see this especially among young people between 14 and 18, who have very different patterns of behaviour when it comes to social media than people who are even ten years older. This is why we thought: Ok, this is really the type of topic that needs to be put there on the table and that needs a form that is engaging for an audience that otherwise doesn’t engage in politics or activism. Basically for people who are used to the way technology dictates daily life – the digital natives. 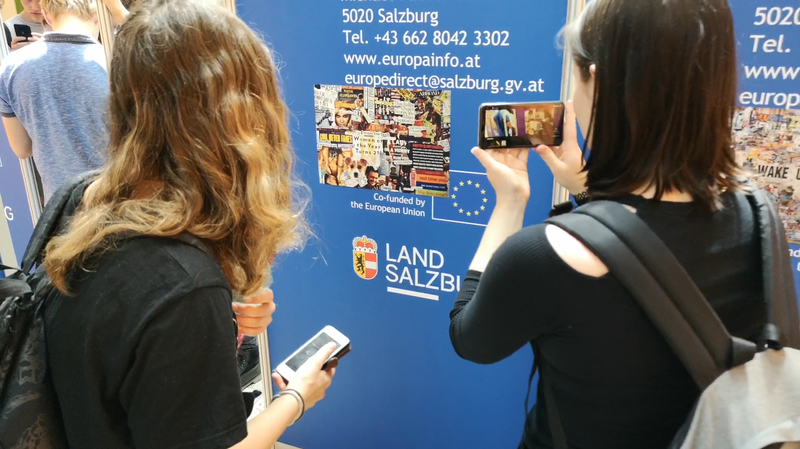 What have you learned the most until now – working on this very specific topic and this specific target group?

Augmented and virtual reality are very good for drawing attention; they’re also very good for putting content out there. But in our opinion, it is not complete without a discussion. It is a very promising instrument, but not an endpoint. That’s why we are seeking to work with as many interested educators, activists and NGOs as possible. So I think this is the challenge and our focal point from now on.

We noticed it was a very emotional debate to try and think about what it means to live in a post-truth world and what role technology plays in that. (...) When you work with technology and try to use it in a way that produces added value in the world, you really get to see the downside of it.

Have there been any unexpected side effects of the project?

A lot of unexpected opportunities pop up because people hear us talking about EscapeFake everywhere. This is how the EU elections event came about. The people of the region originally heard us talking about it at an event in Salzburg and offered to co-organise it with us. These kinds of serendipity moments happen all the time. (laughs) But I think there is also an internal positive effect in terms of how the team is thinking about those topics. EscapeFake is the first Escape Room Augmented Reality experience with an educational purpose aimed at young people explicitly. From the Polycular side they were working with different kind of organisations, but not so much directly with young people. So now, every day there is a new idea. “Oh we could do escape AR for this topic, or this topic” so now, we have a lot of ideas and scenarios connected to education and young people. We also notice that other organisations recognise the potential of the format for other target groups. For example the energy company in Salzburg said this is great to educate people around energy consumption and what we are trying to do in this area.

There is a realisation for us that we could really change so many people’s opinions and mind-sets about so many topics if we use this kind of technology. I think that’s a really nice kind of long-term commitment if you want to change the way this technology is used and how learning is happening.

The project EscapeFake is an interactive augmented reality escape room where young people between the ages of 14 and 18 can learn about fake news. The free app was designed and developed together with them. It can be downloaded on phones and tablets and used for democracy education in- or outside of school.

Irina Paraschivoiu is a researcher and a practitioner in technology and city development with a background in urban planning and is an advocate and activist at heart. She is the co-founder of Urban Inc, a non-profit based in Bucharest, which develops educational and cultural projects to transform the way cities facing transition solve their problems.