Celebrating five years of Advocate Europe: a sneak peak into our dialogue activities

To celebrate five years of shaping the Europe we are dreaming of together, we decided to invite our community to organise local events aimed at the people in our neighbourhoods, on our streets, at our workplaces. These activities are organised in the physical space, designed to bring together people, to discuss the values that drive our work as Advocate Europe: Democracy, Civil Society and Europe. 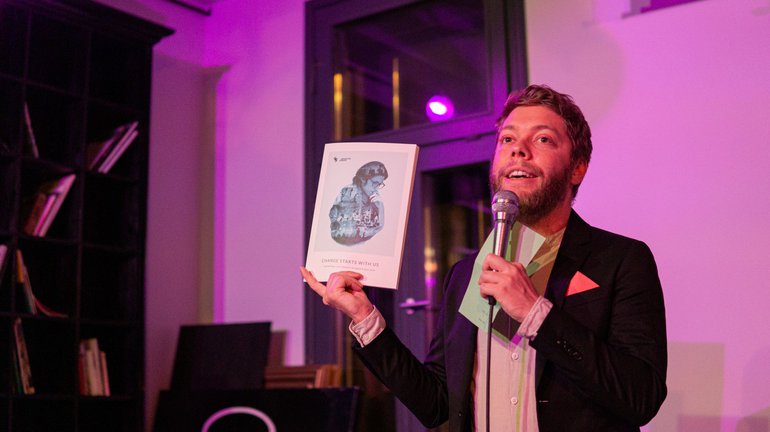 Apart from a celebration, it is also an opportunity for us to share our impact publication Change Starts with Us. If you want a copy, get in touch with the initiatives that hosted the dialogue activities or come and say hi at our final event in Brussels on 12 December.

Here are some impressions of three of the dialogue activities that took place in October, in the organisers’ own words.

"For the Advocate Europe Team, the yearly MitOst Festival is always a great opportunity not only to meet active people from all over the world in the wider MitOst network (our host organisation), but also to share some of the skills and expertise that come with actively supporting civil society throughout the Advocate Europe cycle. Sara and Jonas from our team, together with Joice from Actors of Urban Change, decided to host a pitching workshop in the afternoon, followed by a project slam in the evening.

We had a lot of competition because a lot of very interesting workshops were taking place at the same time as ours, so we were worried no one would participate. Eventually, a small but very motivated group of enthusiasts came with whom we had the chance to actively work on project presentation and pitching techniques. At the end of the workshop, we could feel the motivation of many of them to take the next step, to take part in the project slam and to present their civic initiatives in front of an audience. But would they really show up? 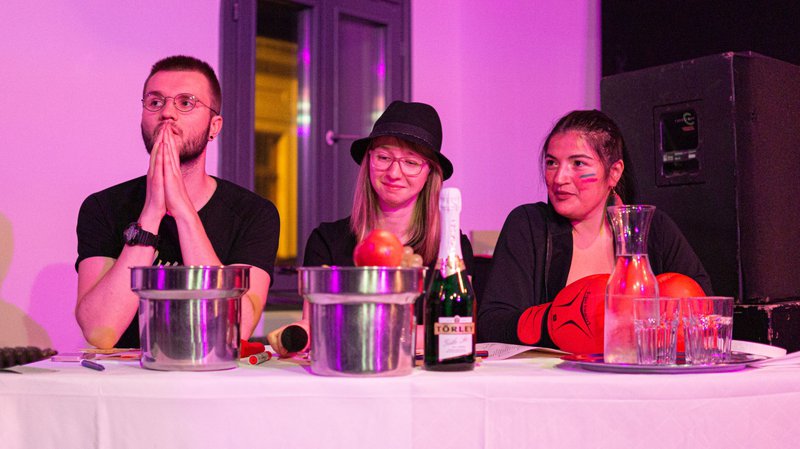 When the evening arrived, we had a jury made up of colleagues from MitOst and Julia the Head of Advocate Europe, a host, Jonas from the AE Team, some amazing prizes, an audience, our impact publication… And finally, after several minutes, talented slammers who took to the stage! The audience chose the winners, by cheering and clapping, the loudness of which was measured by the jury. Our first prize, a capacity training by our partners Socius went to Goran Zmuc Denic of Muzej Korupcije / MoC / Museum of Corruption, the second one, a civil society toolbox, went to Liubov Derbina from the NGO Deti taigi and the third one went to Gulnara Ismailova from Education Hub. Congratulations to them! 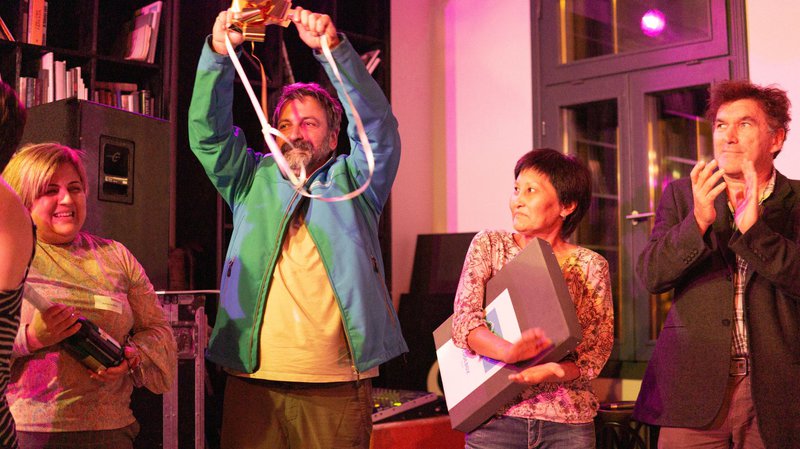 We are looking forward to sharing more with our community at our final event in Brussels on the 12 December! Curious about it? Check out our invitation here."

Prints, Panels and Pints by Are We Europe and KANO, Brussels, Belgium

"We are happy to report that the event was a great success! Because of the uncertainty caused by the “Interested” button on Facebook events, we were simultaneously fearing too many and too few guests. At the end of the day, every sub-event (the panels, workshops, concerts) was attended at almost full capacity.

Print, Panels and Pints was kicked off by a yoga workshop at noon, followed by the first panel on Brussel’s public space and what to do with it. Throughout the afternoon, the glass-roofed patio was the central hub of the event where people met each other while browsing through Librebook’s beautifully-selected book stand, a small plant shop and riso prints by our neighbour Chez Rosi.

We hosted four panels on a wide array of subjects, such as democracy in Poland (in French) and responsible technologies in Europe, a workshop on creative writing by Speakeasy BXL and one on storytelling and science fiction by Europarama. There were also the small and intimate “tiniest desk music sessions."

As a young, independent media collective who recently took on a new challenge – opening a working and event space in Brussels – validation and financial support are amongst the most treasured commodities."

What do you think about the third development axis? By the Civic Initiative Sprašuje, Braslovče, Slovenia

“The infamous new expressway project in Slovenia has been controversial since its inception in 2004. It has divided the political spectrum and local communities in the region. There have been increasing disagreements between several local communities about where the expressway should be located.

In the Local Dialogue Meeting, we tried to discover the motivations behind the conflicting opinions about the road placement. To do so, we invited a broad spectrum of local actors, regional people and nationally recognised professionals and politicians.

The programme started with the opening questionnaire on the poster, where we asked participants how to they feel about the role of various stakeholders.

Then, several short presentations followed explaining the genesis of the conflict, the development, the current state and the likely outcomes. Invited guests presented their views on mobility policy, environmental protection, regional differences, political aspects and lessons from similar projects in recent years. Every presentation was followed by questions from the public.

The discussion lasted long into the night and all the pastries and young wine were gone at the end.

The event was a blast! It exceeded our expectations in so many ways. So little is really needed to start a dialogue.”